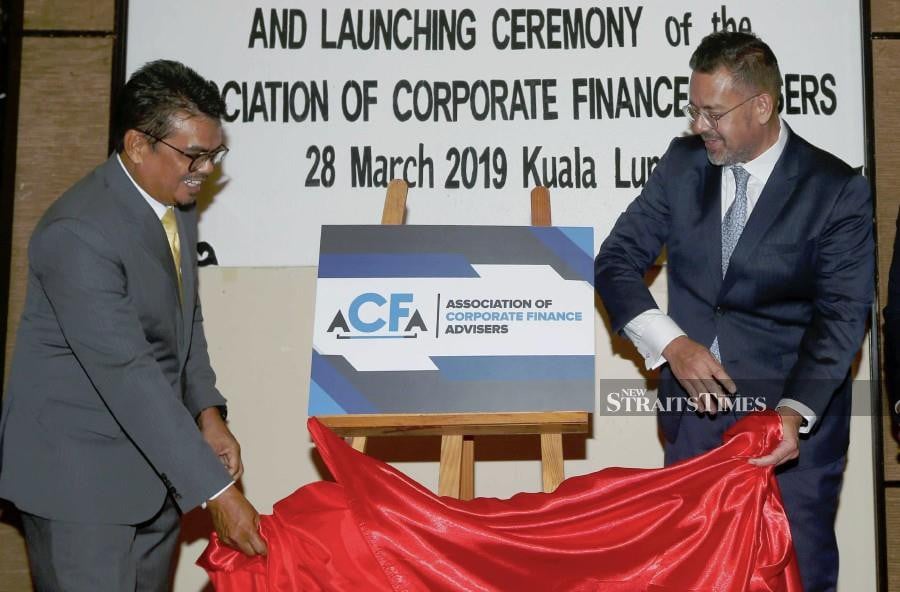 “The IPO pipeline for this year, both in terms of numbers and size, is much better than last year,” said Bursa Malaysia Bhd newly-appointed chief executive officer Datuk Muhamad Umar Swift.

There were 22 IPOs last year compared with 14 listings in 2017. But in terms of the amount raised, it was starkly lower at RM633.12 million compared with 2017’s RM7.38 billion. This was because most of the companies were LEAP market listings.

“This year, we have already seen five listings; two in the ACE market and three in LEAP. There are 13 more IPOs that have been approved and in the pipeline to be listed,” Umar told reporters after officiating at the launch of the Association of Corporate Finance Advisers, which has 24 active company members.

Umar acknowledged there are two potential big IPOs this year.

One is the relisting of QSR Brands (M) Holdings Bhd, which brings in family favourites such as Kentucky Fried Chicken and Pizza Hut in Malaysia.

The other is the re-listing of Leong Hup International Bhd, an egg producer and poultry farmer.

It has been reported that QSR was looking at a price-earnings ratio of more than 30 times while Leong Hup was seeking that of over 20 times.

Since the launch of the LEAP market in July 2017, corporate finance advisers have been key in preparing SMEs to list on the stock market.

In an industry dominated by larger stockbroking and investment banks, Umar praised corporate finance advisers in securing a niche for themselves in advising qualified SMEs to consider tapping into the capital market to raise funds.

At the launch of LEAP, there were only six corporate finance advisers qualified as approved advisers.

“Todate, I am happy to see the number had more than doubled to 13. We believe corporate finance advisers can play an important role in identifying the next SME unicorns,” Umar said.

A unicorn is a privately held startup company valued at over US$1 billion. The term was coined in 2013 by venture capitalist Aileen Lee, choosing the mythical animal to represent the statistical rarity of such successful ventures.

On the role of corporate finance advisers as players on the fringe, Wan Asmadi highlighted Malaysia is lagging behind peers in Singapore, Hong Kong, Thailand and UK, in terms of permitted activities within the capital markets.

However, since Bursa and the SC’s initiative in launching the LEAP market, corporate finance advisers can now play bigger and higher earning roles of principal adviser and continuing adviser.

“Our members have groomed many SMEs. We’ve, so far, contributed to one third of the debutants on the LEAP market,” said Wan Asmadi.